I started my business with just one thing.

Really I started with nothing.  Nothing and my collaborator in Bali – Agus – my creative partner now for almost 10 years.  Agus was given to me by my friend Wayan.  This is how things work in Bali. You get relationships through other relationships.  Connections are gifted.

I met Wayan when my son was just starting to walk.  Julian must have been just over a year (he started walking at 9 months).  Now he’s 20, about to go to college in a month and half (I can hardly absorb that, and I’m not at all a clingy mom – I just thought about how a German friend used to pronounce that word: with the ‘g’ soft like the French for ‘I’ – Je, or as in the word ‘fringy’).

Wayan and I were sitting in a waiting room at the Johns Hopkins tropical medicine clinic or something like that.  We were there to get exotic vaccines before going to Bali – cholera, other things, don’t remember.  I kept looking at him thinking – he looks Balinese, or maybe from the Philippines. But I thought Bali.  And I also thought, how unlikely; probably I’m wrong.  This is a picture of Wayan in 2006. 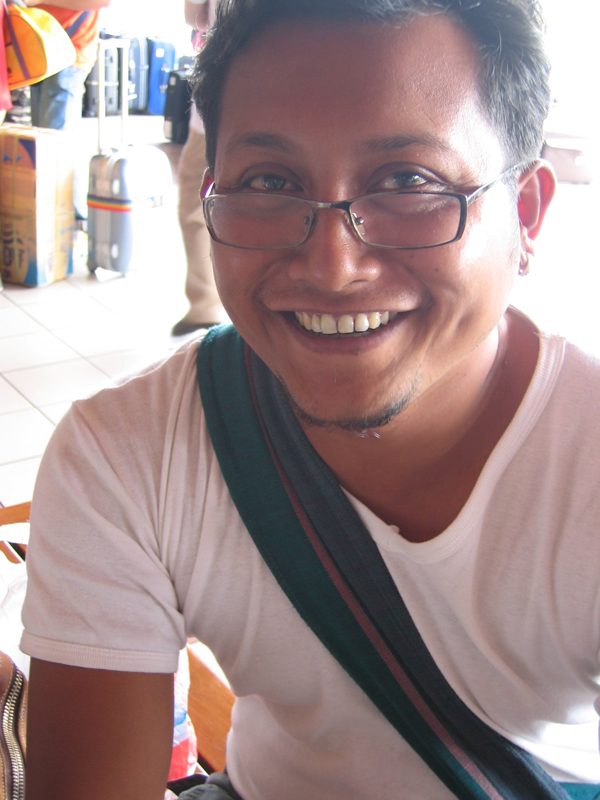 Julian walked to him, put his hands on Wayan’s knees and looked up at him.  Wayan was lovely with Julian until Julian did something inappropriate, though I don’t remember what.  And Wayan (whose name I didn’t know yet), said “I don’t like that,” and I felt terrible about my boy’s faux pas.  Though I shouldn’t have.  It’s the job of adults, all adults I believe, to elder children.  If we are community, then we all have a responsibility to discipline and praise children when they behave according to conventions of polite behavior, or violate them.  But I didn’t have that view yet.  I felt like it was my fault that Julian had done something to which Wayan objected.  Yet Julian was just a baby.  He wasn’t fully a person.  He had a long way to go. Wayan was not judging me.  He was eldering Julian, Balinese style.

I don’t know how it happened but Wayan and I started talking. I learned he was indeed Balinese. He learned I was going there to do PhD research. We knew someone in common (how likely is that?!). We exchanged contact details. Wayan turned out to be a dancer. I was going to study gender and dance. And that’s how it started.  I won’t tell you all of the story now.  You must be patient. It will unfold.  It’s a good story.  It crosses centuries.  It takes awhile to tell.

For now I will offer the abbreviated version.  Wayan and I became friends in Bali.  We both returned to the States. We continued our friendship. Then we both returned to Bali . . . So when I was in Bali once years after that, still in academia doing research on marriage by capture, which I will tell you about a bit later, my sister, Noni, asked me if I could find someone who could make some hardware for bags. Everything she had found available in the US was boring she said.  Couldn’t I help her get something more unique, something better, to go along with the knitted/felted bag patterns she had begun doing?  I said of course.

So I asked Wayan if he knew anyone.  And he did.  He brought me Agus.  Agus had long dreadlocks then.  I don’t know whether they were really his hair nor not.  But it was the affectation of an artistic person to have unusual features like that – dyed hair, dreadlocks, gauged ears (even though traditionally, that was a Balinese thing for both men and women and old men and women always had huge ear-holes). Agus was quiet.  Wayan did all the talking.

Wayan and I always speak in English. He is the only Balinese person I speak to in English.  When he speaks in English, he understands me. He has absorbed alot of American-ness, so he is flexible and open, values so many things about the way we do things differently, as long as he is speaking in English. When he speaks in Indonesian, he is not as tolerant of my American idiosyncracies. And in Balinese, even less.

So when I met Agus, Wayan posed as a translator I didn’t need, mediating my interaction, as if Agus and I couldn’t make contact without him.  And maybe we couldn’t initially, though not because there was a language barrier.  There was none. The barrier was we didn’t have a relationship.  We had no shared history.  We had no social context that made working together make sense.  That had to be built.  And it was slow.

In Bali, when someone employs another person, the employer is the tree.  The employee is the fruit – anak buah, or fruit person/child.  This is, as you might guess, an hierarchical relationship.  The tree determines what happens.  The tree makes all of the decisions.  The anak buah  is the follower.  The anak buah does as s(he) is told.  No decisions come from the anak buah.

But this model of the tree and the fruit did not work for me.  I needed someone who could make decisions in my stead, act as an agent, be my collaborator, my fellow ‘tree,’ not my fruit.

Agus would tell me – I’m embarrassed to go pick up our castings because we haven’t paid the workshop.  I would ask – why haven’t you paid them?  He would say that I hadn’t told him to pay them.  I would protest that I hadn’t even known they needed to be paid.  I instructed that if someone needed to be paid in order for us to complete the products our customers wanted, then he was authorized to make decisions about who should be paid and how much.  All he had to do was let me know.

It took a long time to get to the point where he felt comfortable making executive decisions; I needed to be able to rely on him completely while I was here in the US and he was there in Indonesia.

At the beginning, he was someone I didn’t know.  But he knew how to design jewelry. And through Wayan, however unnecessary his translation/mediation was at the time, we negotiated that Agus would do some designs for me.

The first ones were all handmade.  They were sterling silver.

They took too long to produce and were too expensive.

This is how JUL started: 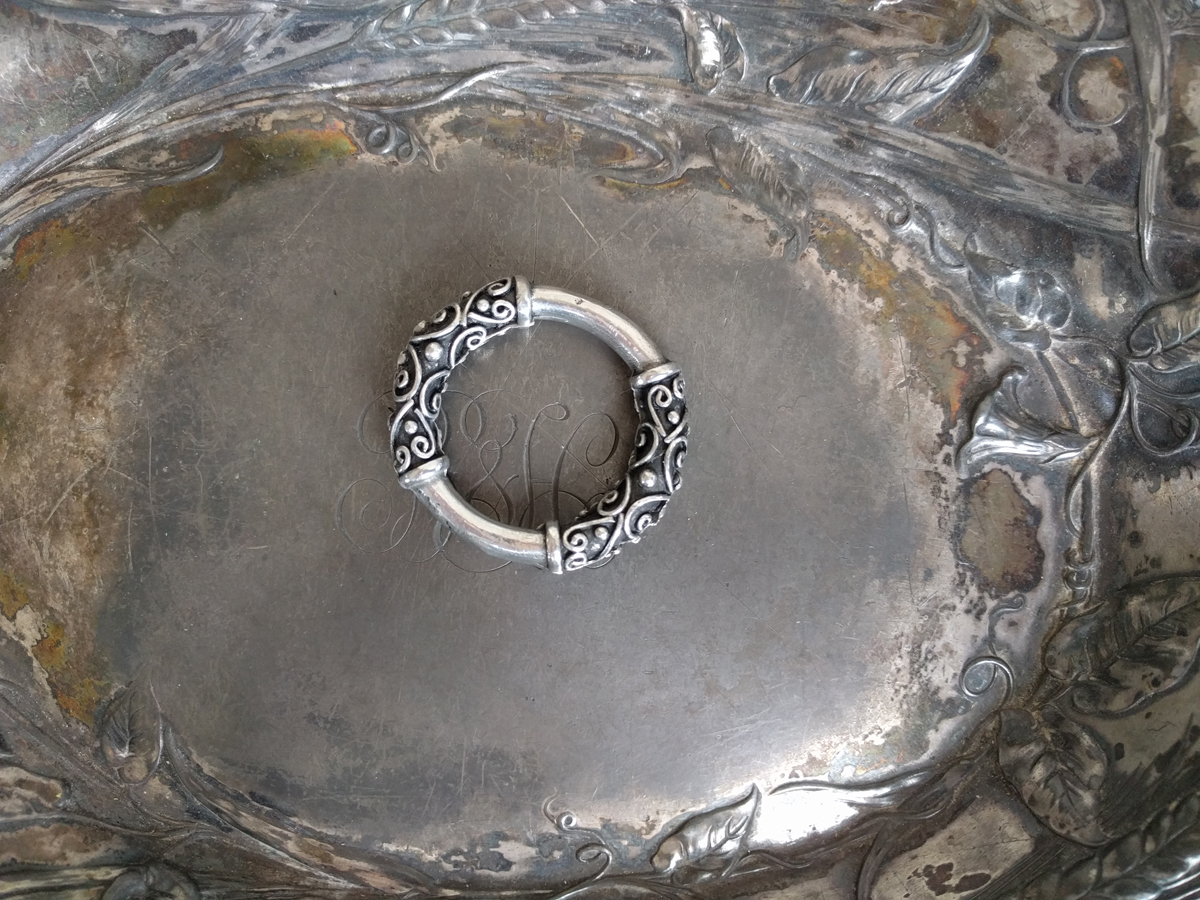